Refugee of the world...

The pigeons somehow knew their names,
When the little boy called them from the glass window.
Then the thunders came , and along came the storm...
The nest was gone.

June and July never came back .
' papa' he asked , ' where are they? 'A tinge of tear painted those little eyes.
That's how refugees are made , I thought...
' they have gone for a new home' the father in me replied, with a choked throat.

That's how refugees are made , I thought.

- Saptarshi Basu
Posted by Saptak at 12:10 PM No comments: 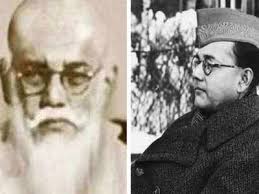 Any artist in any sphere of art should have artistic freedom , and India being a Democratic country had always been quite open on it except few cases.

A lot imaginative had been written on Tagore in Bengal , fictitous romantic escapades and others.Whether the books sold or not that's a different criteria but I haven't seen much protest which is good.

Lately I see such Fictitous tales has began to spun on Netaji , and we all know that anything on Netaji sells widely.
One of the present day Director has also planned to make a movie on it.
So far , so good.
Yet the problematic point arises when the fictitous hypothesis is tried to be proved as truth.
There has been numerous stories on Netaji's life which is natural taking into account He had been the Greatest Warrior and Freedom figher of our Nation.Also coupled with the fact that He never returned and there is considerable amount of doubt what happened to him.
Gumnami Baba is just one such leaf of his mysterious book, and no one can give a 100%surety that Gumnami was Netaji.

While we all love to read Conspiracy theories and generally such books have a higher sales , engaging media through connections ( which is a very common fact , I being an Author can vouch on that , many a book reviews do come out in NewsPapers due to connections ) to establish a fictitous hypothesis to be true is wrong.
This is a strategy to influence people to get curious and buy the book and also to come and watch the movie.

While there is no harm in marketing and perhaps all does it in one form or other , writing off a sadistic conclusion to the Greatest Hero India ever had is really unwanted and pitiful.